“Do you really need the Merc (the Chicago Mercantile Exchange)? Do you really need people doing that trading? It could become commodity trading without commodity traders. You can trade commodities and have proof positive that you bought it, you hedged it, you transferred it and it’s gone to the warehouse, all done from your desk, and its data you can trust,” Kennedy said

Player ownership of game assets is one core area. In traditional video games, in-game items and player characters are owned by game developers. They, and the games, are often run on servers. Storing the items and characters on the blockchain allows for a decentralized, immutable record of ownership that can be separate from the gaming company and its servers.

This, in turn, can help make in-game virtual assets more valuable, liquid, and worth collecting, as players in essence own the virtual items. Trading in-game virtual assets on the blockchain through smart contracts allows for peer-to-peer transactions that can be accessed by anyone on the blockchain, negating the need for centralized control. At the same time, it removes some of the issues connected to fraud.

Once a patent is validated by relevant authorities, it will be available for investors to purchase using an inbuilt bidding system. Meanwhile, blockchain technology will ensure transparency and security is maintained at the highest level for the trading of intellectual property.

We’ve demonstrated time and time again that with enough human and financial capital and time, we can overcome great technical challenges. Gartner talks about how, over time and at the end of a hype cycle, a productive equilibrium is ultimately reached. Well-funded pioneers are hard at work to create something truly meaningful and useful with the technology. But it will take time. Wise leaders will change their perspective to look past the noise in the space to uncover the work of true consequence that is well underway today.

Source: Don’t Throw the Blockchain Babies out with the Bathwater, Alison McCauley, November 18, 2018

IBM’s Marie Wieck, head of blockchain at the company, described the launch as “testament to the ongoing maturity of blockchain technology and the value that it can deliver in practice.”

On this week’s episode of Odd Lots we speak to Angus Champion de Crespigny, who formerly advised companies on how to use blockchain technology, but who now believes that ultimately it won’t get them anywhere. In our discussion, he explains the limitations of the technology, and where he sees actual opportunities.

Why Blockchain May Never Benefit Corporations by Odd Lots

Why Blockchain May Never Benefit Corporations

As someone who’s been involved in both public and private blockchain development, there is an element of truth to Angus’ statements. But advisors at various projects probably said the same of Electronic Data Interchange (EDI) back in the early 70s, if they were born yet 🙂

On top of ensuring farmers from within developing nations receive a fair price on the goods they export, the BlocRice project also aims to introduce cashless payments. In collaboration with Acleda bank, the project will assist farmers in their attempt to reach banking services – something than many rural Cambodian regions are currently unable to access.

It’s important to keep in mind that while blockchain is disruptive, it’s bound by the same rules as most businesses. They need to find good talent, build strong cultures, get their hands dirty in real work, and add actual value. 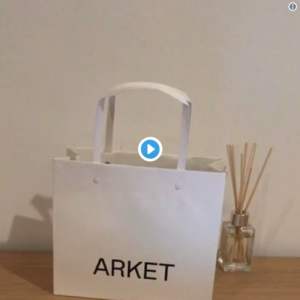 Before buying an item, conscientious shoppers can open their VeChain app, scan a product’s NFC chip and retrieve data about that particular item including the material that has been used, the artist’s ID, colo, supplier, factory name and more relevant information.